The Corrupt Steal Our Money – 1 video

The Corrupt Steal Our Money

What is Corruption?  Transparency International  definition

Exposing corruption and holding the corrupt to account can only happen if we understand the way corruption works and the systems that enable it.

The Angels’ Share thrillers go a few steps further and do something about it.

The corrupt are a problem?

With the help of concerned whistle-blowers, she investigates criminality in the corridors of power and beyond. Her research uncovers and documents a business-like operation built on greed, corruption, the abuse of power and closed-rank disinterest. It lies in the dark heart of The UK Establishment.

A dossier of corruption

Taken with callous efficiency, Eilidh begins an odyssey into a twilight world of despair and whimsical cruelty. Without a doubt, it’s gonna hurt and hurt bad. Can she take it? How long has she got before they kill her?

People know government corruption happens – ‘it’s a cover-up’ –’ it’s one law for them and another for us’ – ‘we bale out the banks, and they get the bonuses’ – Just for once, wouldn’t it be nice if someone flushed the criminals out? Well, here you go … read the Angels’ Share series.

Relaxed and unsuspecting, looking forward to a happy catch-up with his sister, Pastor Sam Duncan visits London. Danger closes as fast as his express train. He investigates using detective skills learned as a tier-one operator in Northern Ireland. All hell breaks loose as he plummets into a malicious criminal web of confusion, betrayal and stunning violence.

Within days, Sam and his wily minder Tonka face a gruesome trail of violence, murder and duplicity. Slimy tentacles of evil slither into their lives, disrupting and attacking. Guilty and innocent people die in London, Spain, Ireland and Scotland. Nowhere is safe as the lethal finale (of Mac’s first book, Angels’ Cut) looms in a chase over the rugged Scottish Borders.

What do you think of the corrupt? How much do criminal insiders steal? Is the £190 billion ($265 billion) reported in November 2017 about corruption? Or is it simply fake news? As The Angels’ Share series readers say:

‘A frightening insight into the Establishment-driven business of crime and its horrific consequences.’ Steffan G Lewis

‘As this book opens, it seems an exciting, and very readable, action thriller. Then as the characters are developed, one is drawn in by the witty dialogue, the fierce and touching family loyalties, and the noble defense of the vulnerable against those who would abuse them to their own ends. Initially repelled by the violence in this novel, I felt, as in Stieg Larssonâ€™s novels, the visceral satisfaction of seeing justice meted out to the abusers of women.’ Maryann Ness WA USA

The Angels’ Share series is entertaining, fast-moving and thought-provoking entertainment. Have a read. 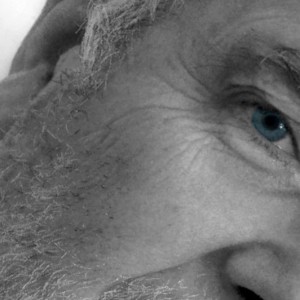 I’m Mac Logan, author of the Angels’ Share series. Thanks for visiting. I write thrillers, ancient Celtic fantasy, poetry, business and organisations. Crime fiction provides a means of pursuing nasty people with satisfying, imaginative robustness. My thrillers offer a sense of recourse against corrupt people and cadres who screw us and steal our money. Even though such people hurt me in the past, I wish them no harm. In fact, I’m grateful to such deceivers for providing the basis of The Angels’ Share series.   I love family, cooking, good company, banter, sport, fun, and an occasional drop of ‘The Cratur’. I live in the beautiful East Neuk of Fife, Scotland.   Writing is part of me. My efforts started in childhood. It took me many years to admit I’m a poet. Maybe it’s a man thing? Many articles on business organisational matters and a couple of single-topic business books. Oh dear, I’m approaching 200 blogs – can I be that old?   Tired of the dry stuff, I changed direction a few decades back as my muse hauled me into writing: thrillers, poetry, business and Celtic tales.   Feedback is welcome. Your views on any aspect of my work are important to me. Please contact me.

Should the Public Sector Take the Blame for Failure?

One thought on “The Corrupt Steal Our Money – 1 video”